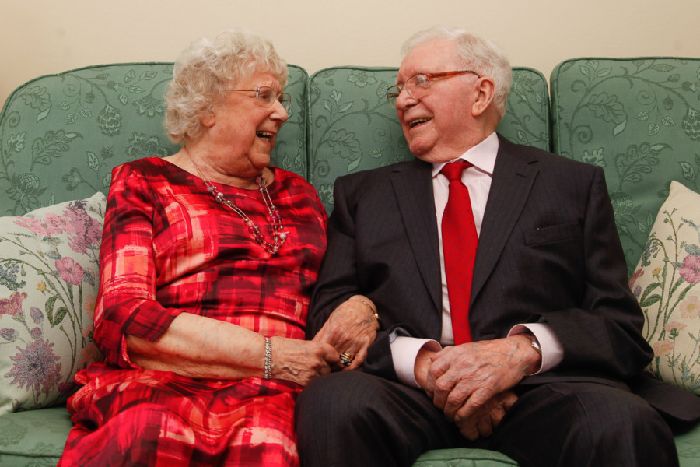 Marjorie and Johnny Gibson of Balerno who are celebrating their 70th Wedding Anniversary. In 1949 the average price of a house was £1,802 and the average salary was under £6 per week – and it was the year that Marjorie and John from Ingliston tied the knot….

John moved to Ingliston in 1931 from a small dairy farm and Marjorie’s family moved to the area in 1939, taking up residency in Ingliston Gardens opposite what now is the Royal Highland Showground.

After a spell assisting her aunt at Ratho Post Office and Telephone Exchange, Marjorie, now 94, was educated at Nelson Commercial College in Charlotte Square, which specialised in secretarial training, mainly typing, shorthand and bookkeeping.

John, now 95, attended Broxburn High School before returning to work on the farm his family had moved to in Ratho and taking over the running of the milk round.

Although they lived close to each other for years, the couple never met until 1945 when they were introduced by the local blacksmith, Bobby Robinson, who knew both of their families.