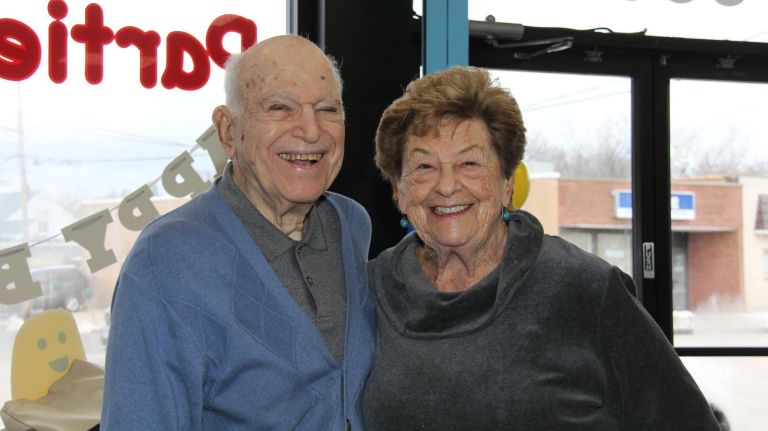 I introduced myself. Her name was Harriet Winograd. Both our families had owned bungalows nearby for many years. Harriet was spending the entire summer in Spring Glen. I was only there on weekends. Watching her, it was obvious that she was outgoing as well as pretty.

There was a problem. She was only 17 and still in high school, whereas I was 25 and had served in the Army from 1943 to 1945 during World War II. I was an MP, first in North Africa then in Italy. After the war I worked part-time as statistician with a radio station ratings company in Manhattan and attended Columbia University on the GI Bill.

Also, Harriet lived in Borough Park, Brooklyn, and I lived in the Bronx on 196th Street in the Fordham Road district. But as we ate our ice cream, it didn’t seem to matter too much. When it was time to leave, I joined Harriet and her friends on their walk home. We continued talking and soon reached her bungalow, and we said good night.

Over the next four weekends I managed to …