Almost any couple who wishes to marry goes through a process called engagement. Before their wedding ceremonies, every married couple has gone through an engagement period. But what really is engagement? Why is it important to couples who wish to marry?

Engagement is a process that happens when two adults agree to marry. It refers to the time gap between the formal marriage proposal and the actual marriage or wedding ceremonies. After this agreement, a couple is said to be “engaged” to each other. This is the time when a woman engaged to man is called that man’s fiancée, and he is called her fiancé.

Despite the numerous theories surrounding the origins of the wedding rings, it has been documented to have originated 1477 when Mary of Burgundy was given a diamond ring as his engagement gift by the Holy Roman Emperor Maximilian I.

It has also been said that the tradition of wearing the ring on the third finger of the left hand came from Romans who believed that this finger is vein leading to the heart. 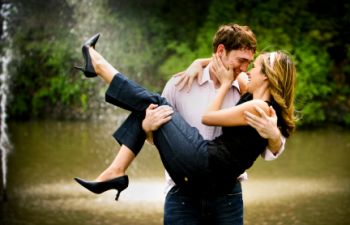 The engagement period is important and memorable to any couple. This is a time when they are seriously introduced to their future roles as husband and wife. Once engaged, a couple’s relationship shifts to a different depth because they are now preparing for a life together.

While they immerse themselves in the preparations for their wedding ceremony, they begin to seriously discuss plans for their future, and outline an essential path for the family that they are soon to create.

From being a dating couple, they are now called “engaged” to each other, and are somehow accepted in the community as husband and wife. The couple then moves up to a higher level of intimacy as they begin to assume their roles as future husband and wife.

During the engagement period, a couple spends more time with each other. While preparing for their union, they begin doing tasks together, and are regarded as husband and wife due to the legal binding of their future roles. They could, at this time, begin looking around for their future home.

These activities strengthen their bond and bring them even closer to each other and to their respective families. Some engaged couples go to as far as living together as soon as their engagement is formally announced.

It is also possible for couples living long distance to be engaged if they have the intention of getting married later on. One of them can later move in to where the other is, so they could be together. This could be tough for the person who relocates because this means a change of community, jobs, and being far from his/her family.

Engagement periods have no set time length, and the gap from this period to the formal wedding ceremony may vary according to the couple’s customs, choices, and religious beliefs. Some religious affiliations require a certain length of time from engagement to the wedding ceremonies.

For some couples, their engagement is accompanied by formal announcements to their families, friends, and their communities. They also hold a celebratory gathering or an informal party to commemorate their engagement.

Engagement is also very similar to betrothal, and these two terms have been interchangeably used through time. The difference of betrothal from engagement is that, betrothal is a more formal arrangement or agreement that involves not only the marrying couple but also their families and communities.

For couples whose marriages are arranged, this is the term used to describe the time gap from the formal announcement of their union until the wedding ceremonies.

James Monahan is the owner and Senior Editor of EngagementHq.com and writes expert articles about engagements.

1 thought on “Engagement: A Basic Primer for Young Couples”