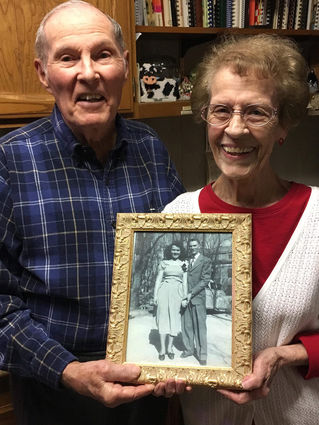 The two were classmates for their primary years, but when the United States became involved in World War II, Peggy’s blacksmith father, Jack Shackleford, was summoned to the shipyards in Washington state, with his family in tow.

The Shacklefords returned to eastern New Mexico after the war, and Peggy came back to Dora School at the start of junior year.

Peggy had helped set her friend Billy up with a few dates and at some point, another party was on the horizon.

And so it began…